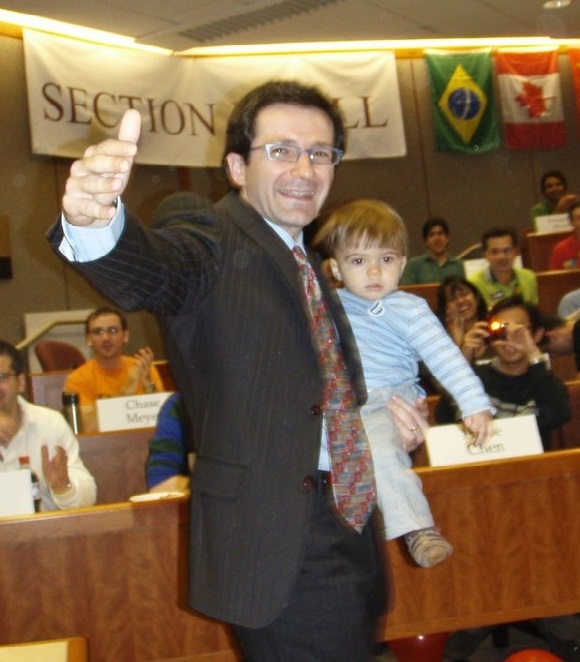 What are the sources of business cycles? How are these shocks propagated in the economy? Why are their effects so persistent? How can we explain asset price fluctuations? How are shocks transmitted internationally?

To study these questions, I have developed a series of macro models where the technology available for production is endogenous (e.g., 1). In booms, when aggregate demand is higher, agents find more profitable to invest in improving their technologies. As a result, the business cycle affects the rate at which technologies improve the technology. Modeling this mechanism yields many interesting consequences. First, it provides a theory for medium term fluctuations in TFP. Second, since temporary macro shocks lead to persistent deviations in the level of technology relative to trend, this class of models generate significant endogenous persistence (see 2). This feature of the model is important, for example, to explain why Japan experienced a lost decade during the 1990s despite the facts that the shocks that hit the Japanese economy at the beginning of the decade were not nearly as persistent (see 3) or why the Great Recession caused a persistent decline in total factor productivity.

Standard macro models have a difficult time in explaining asset price volatility. In those models, the stock market is identified with the value of installed capital which does not fluctuate much. Once we endogenize the level of technology, stock prices also reflect the value of commercializing current and future technologies. This broader notion of the stock market opens a number of interesting possibilities. First, macro shocks can affect stock prices by impacting the value of technology. Second, shocks to risk premia affect the companies' return to developing and adopting new technologies and therefore lead to significant fluctuations in TFP. As a result, recognizing the endogeneity of technology may lead to a richer understanding of stock prices and macroeocnomic fluctuations (see 4).